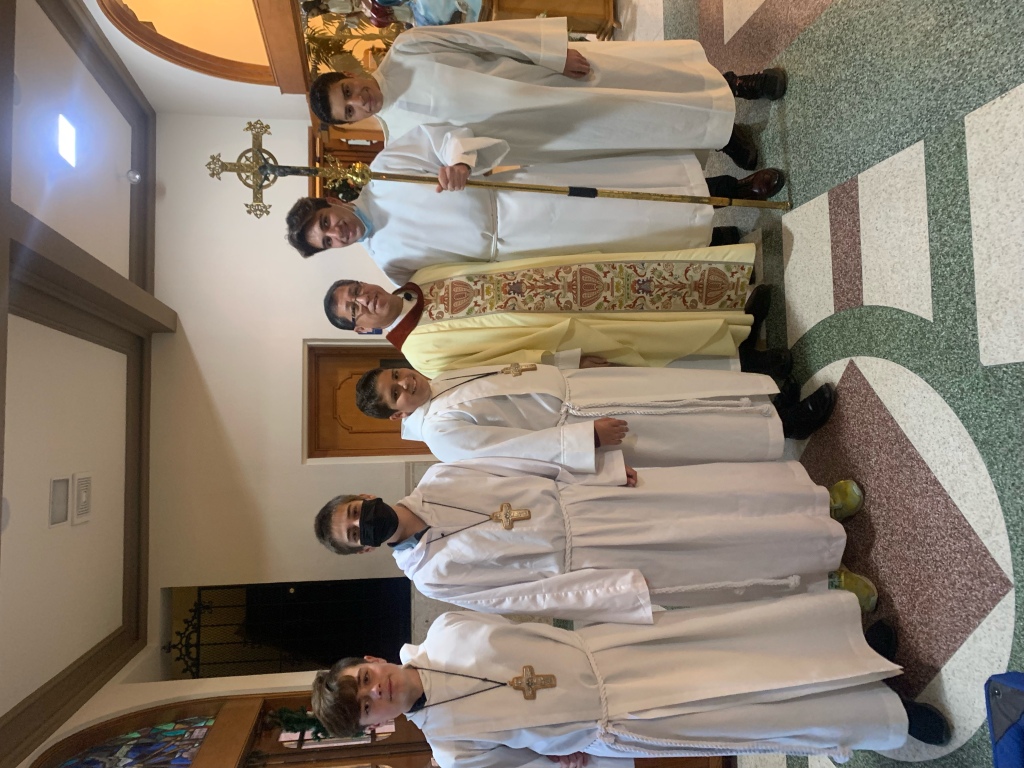 1.  Servers should be mature enough to understand their responsibilities and to carry them out well and with appropriate reverence.  They should have already received holy communion for the first time and normally receive the Eucharist whenever they participate in the liturgy.

2.  Servers should receive proper formation before they begin to function.  The formation should include instruction on the Mass and its parts and their meaning, the various objects used in the liturgy (their names and use), and the various functions of the server during the Mass and other liturgical celebrations. Servers should also receive appropriate guidance on maintaining proper decorum and attire when serving Mass and other functions.

3.  Since the role of server is integral to the normal celebration of the Mass, at least one server should assist the priest.  On Sundays and other more important occasions, two or more servers should be employed to carry out the various functions normally entrusted to these ministers.

4.  Altar servers wear an alb and cinture.  All servers should wear the same liturgical vesture.

6.  Servers respond to the prayers and dialogues of the priest along with the congregation. They also join in singing the hymns and other chants of the liturgy.

Please contact the Michelle Noble at (619) 771-4294 or [email protected] if you are interested in serving as an Altar Server or for more information. 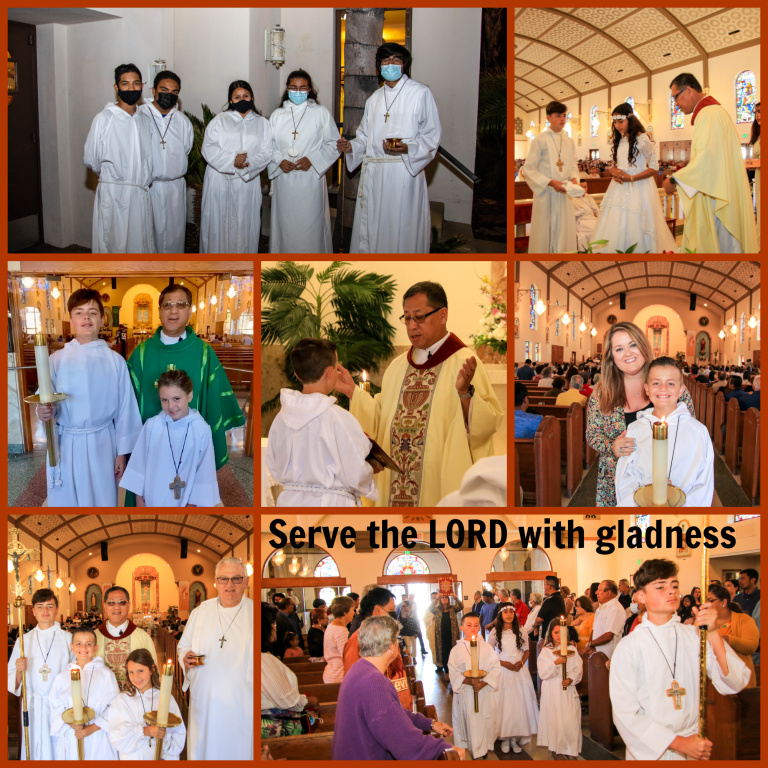